Live and direct from Miss Grass:

If you’re reading this, chances are you already know that for plenty of people, especially moms, the occasional toke is akin to the occasional glass of wine—it gets you slightly inebriated but it does nothing to undermine your sense of responsibility and care as a parent. Because while plenty of mothers use cannabis for medical purposes—pain, sleep, stress, and the like—plenty of others simply use it to unwind and shift gears at the end of a long day. (You know.)

According to the US Center for Disease Control and Prevention, eight percent of 35-44 year olds used cannabis regularly in 2014—a percentage higher than the number of teenagers using it. That means parents are likely one of the largest consumer groups using this plant. So why aren’t we talking about it?

Well, because while moms have been using cannabis since pretty much the dawn of time, in 2019 cannabis is still burdened with shame, stigma, and criminalisation—especially for mothers, and even more so for mothers of color.

That’s why we created a new moms and cannabis survey—polling over 700 moms (yes, you read that right, 700!) to get the real story on how women use cannabis and what it means to them. Here’s to countering the dominant narrative. And here’s to moms.

At some point, in some way, more cannabis-using mothers than not have been discriminated against. The stigma is real and our participants made it known. “I see so many photos of parents with a child in one hand and a drink in the other,” said one woman. “Cigarettes even. It’s not okay but it happens. If a parent, especially a mother were to even admit to smoking cannabis, they’d be reported for child abuse. It’s a complete shame; the stigma and judgement people pass.”

Naturally, the moms who follow Miss Grass and went to the effort of filling out this survey, are especially cool with cannabis consumption. But how do they use it? Interestingly, a large majority choose a good ol’ fashion smoke, over say tinctures or full spectrum CBD topicals. Say what you want about the proliferation of CBD products—there’s no replacing some nice flower.

What’s most interesting here is the nine percent of moms who were introduced to using cannabis only after they had children. And considering the emotional and physical tolls that parenthood can take, it’s not hard to see why. “A happy mom is a happy baby!” said one participant. “Sometimes I need a few hits to feel like myself again. I think it’s safer than being stressed out and sad.”

Speaking of cannabis use as a cute alternative to wine, a quarter of participants say that they’ve completely replaced alcohol with cannabis. (Same, TBH.)

Meanwhile, an even larger chunk are regularly swapping out a glass of red for a vape, at least occasionally. As one respondent put it, “In moderation and with responsibility, cannabis has been a great tool to deal with the physical and mental demands of motherhood. At times, it has enhanced the experience and it greatly helps with stress levels.”

It’s beyond confusing to navigate the potential benefits, and side-effects, of using cannabis while pregnant. Doctors often refuse to discuss it, and will even refer mothers to child services if they find they used cannabis during their pregnancy. But the question of whether cannabis is dangerous to use while pregnant is yet unclear—and so the default, in the absence of research, is for medical professionals to discourage altogether.

Anecdotally, many women have found that it helps immensely in treating pregnancy-related symptoms or pain—with no negative repercussions. But the truth is, more research needs to be done before anyone can confidently say. So it makes sense that 51 percent of women surveyed didn’t use cannabis while pregnant—but equally, that 43 percent smoked flower or used vaporizers. Here’s to more research!

And speaking of that anecdotal evidence around pregnancy and cannabis, here’s what women who did use it while pregnant had to say. Four percent reported negative side-effects and the biggest percentages of moms found they slept better, had less nausea, and stressed less.

As one mom put it: “Moms who use cannabis for whatever reason are trying to be themselves in a world that weighs heavy on their shoulders. We deserve the release that cannabis can provide. We deserve the wonderful ways cannabis helps us be better moms overall.”

This story should not be interpreted to be in any way supportive of cannabis consumption during pregnancy or used as an alternative to professional medical advice, which should be sought before making any changes to your health and wellness regimen. 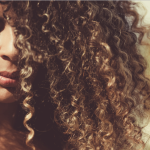